If you’re among the more than 43 million American households that own at least one dog, consider checking out Barkham at Markham with your canine companion(s).

This approximately three-acre, fenced-in area, which opened just west of the entrance to Markham Park in March 2005, was designed as a space for dogs to play leash-free. It includes sections for both large and small dogs, and it was the first dog park in the county landscaped with Bermuda sod to provide a smooth, even, grassy playing surface.

Owner amenities include eight-foot-wide asphalt paths for walking or jogging with your pet, as well as three shelters. Two of them feature fountains dispensing chilled water for humans, while dogs have their own fountains in designated areas. There is also an area for washing dogs of all sizes. The entire dog park is fully accessible.

Hours: Barkham at Markham is open during regular park hours.

Effective November 1, 2013, dog park passes will be required.
Fees are $25 per household for an annual pass and $5 for a daily pass, plus sales tax.
Proof of current vaccinations must be provided for each dog.
Register at the park office. 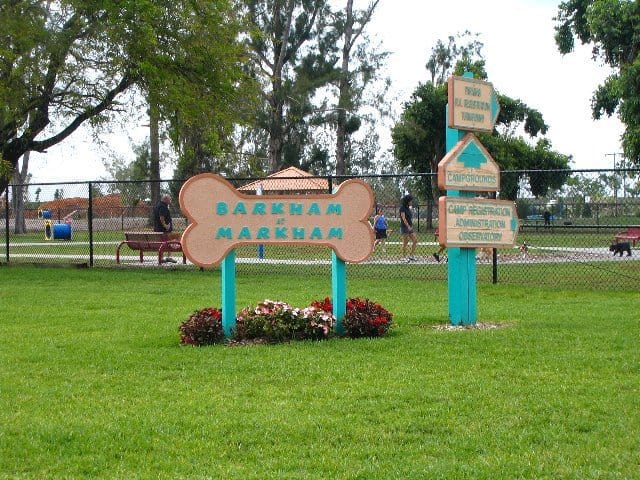 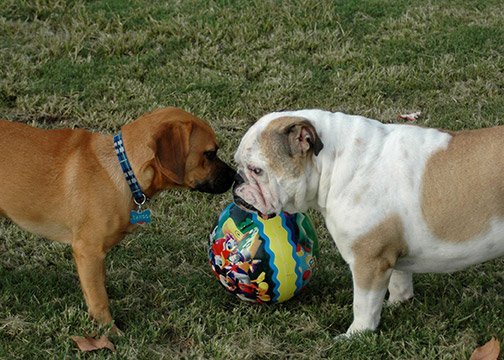