HERbert the Limbless Crab that Saved 2020

I have known Tina Valant for a very long time, nearly 20 years. She is one of the most compassionate animal people you will ever meet. So it’s no surprise that when she saw an animal in need, she stepped up. 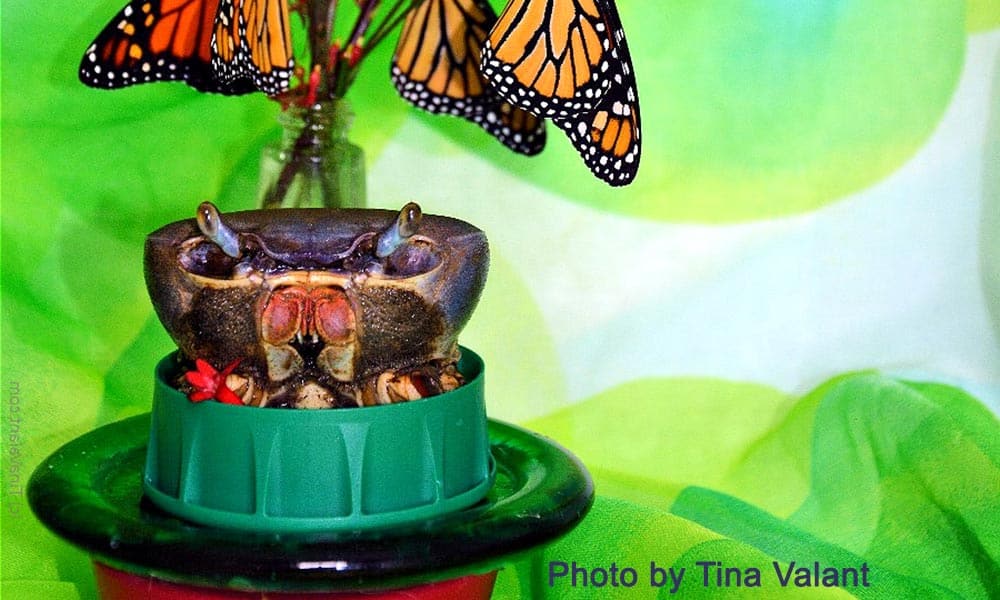 2020 was not the year that anyone expected. The beginning of the new decade brought with it so much hope for a year of growth and renewal. But what we got was a global pandemic, lockdowns, and business closures that dragged on around most of the globe all year. By the fall, people were spent and needed some inspiration, that’s where our story begins.

Now, I have known Tina Valant for a very long time, nearly 20 years. She is one of the most compassionate animal people you will ever meet. So it’s no surprise that when she saw an animal in need, she stepped up.

It all began one sunny afternoon as Tina was walking her friend’s dog. On the side of the road, she found what appeared to be a rock. As she picked it up and saw its’ eyes moving about, she screamed! It was then she realized what she held in her hand. It was a giant land crab that mysteriously had all of its limbs severed.

There was no way Tina was going to allow that animal to die by the side of the road. After taking it home and feeding it, she immediately called several wildlife centers and a vet, but no one could help.

After speaking to an expert, Tina learned that the crab could grow its’ legs back, but that it could take 6-18 months and accompany its next molt. With that, Tina hunkered down and decided to do whatever it took to nurse HERbert (the crabs’ new name) back to health.

Here’s where the limbless crab story gets really interesting.

Tina is a huge TikTok’er. She LOVES the TikTok app and decided to bring her 4,000 followers along for the journey. What happened next surprised everyone!

Within the first couple of TikToks about HERbert, the story took off! It was picked up by German TV and a handful of internet shows. People were so inspired by Tina and HERbert’s story that her followers ballooned from 4,000 to over 125,000 followers, plus 1.5 MILLION views in just a few short weeks. Thousands of comments poured in with sentiments like: “This crab is the only thing keeping me going right now”, “Restoring my faith in humanity”, “HERbert the crab is the antidote to 2020”.

In a time when human isolation and uncertainty gripped the globe, Tina and HERbert gave people hope.

Tina knew that nursing HERbert back to health was going to be a long shot. Despite the grim outlook, Tina persevered. Sadly, HERbert passed quietly just before Christmas. HERbert was taken to Gentle Pet Crossing in Lake Worth for her final journey to return her back to the elements from which she sprung.

2020 was certainly a year in which many struggled to find the light through all of the darkness that encompassed humanity. It is in times like this that you have to look for the helpers. You have to look a little deeper to find those souls who embody our humanity with their kindness. Tina Valant is certainly one of those souls.

As we move through 2021, let’s all remember to look for the helpers. To BE the helpers. To stand for our fellow man and animals when they can not stand for themselves. Let’s all remember to have, give and be grace. We humans and animals belong on this earth together. We can not survive without animals, so be kind. Be kind to them, but kind to one another as well. We CAN move toward a better future, but we have to do it together. Cheers to the hope for a better 2021! 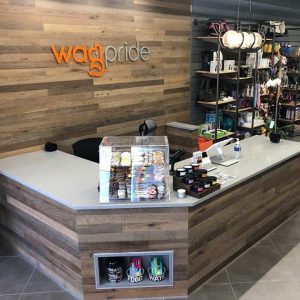 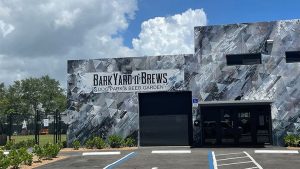