Based on my research, I started him on a regimen of an insane amount of vitamins and minerals, wild salmon oil, and maybe the most important, Taurine. 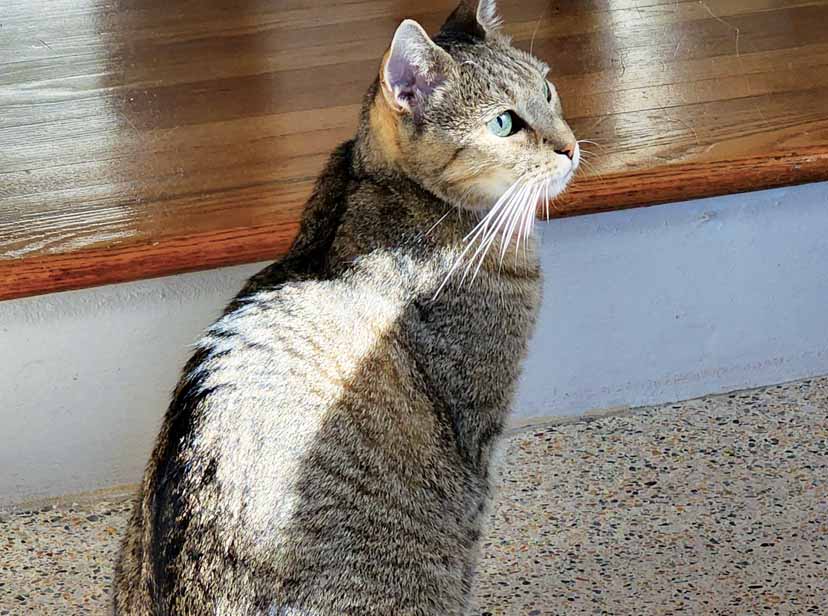 Saddle Thrombus. I had never heard of it before, then one morning in September, my 16-year-old cat, Joey, ate his breakfast and cleaned his plate. He was absolutely fine. I left for work and got home around 3:00 pm to find him by the door as he always is and dash off when I came through it, as he always does.

At 6:00 pm when I fed my cats again, he didn’t show. I thought, well, that’s weird but he did clean his plate this morning so maybe he’s just not hungry. By the time 10 pm rolled around and he hadn’t come around, I went hunting for him. I found him in the closet and when I pulled him out, I knew something was wrong. Every time I tried to get him to stand, he would put all of his weight on his front legs and then hunch down. He could walk but did not want to. I had no idea what was wrong with him.

Not knowing what to do, I took him into the kitchen and fed him. He ate pretty well but at 2:00 am he projectile vomited. I know this because he was in bed with me when it happened. From that point on, he was not interested in eating. The one thing I know for sure is if cats do not eat for 24 hours, fatty liver disease can set in, so I pulled out my feeding syringe and began hand feeding and watering him.

Alicia and I got him to the vet first thing Monday morning. We had to leave Joey there because he didn’t have an appointment. I got a phone call about an hour later from our veterinarian (who has been doing this for a very long time). He has seen everything under the sun, and I wholeheartedly respect his professional opinion.

He told me, “In my opinion, Joey has thrown a Saddle Thrombus (blood clot) and probably suffers from Cardiomyopathy. His tail is nonresponsive, he can walk but not well, his back feet are cooler in temperature than his front, his ears are cold, and I can’t detect a femoral pulse in either hind leg.” He also said his cardiogram had detected a skipped beat in his heart. He told me his condition was grave and he suggested I put him down.

My first question was, “Is he in pain?” He didn’t think so because Joey never cried out, but he did say if the saddle thrombus began cutting off the circulation to his legs, he would be. He also said Joey may go on his own if his heart skipped a couple of beats, that would be the end. Well, there was no way we were going to put him down in a vet’s office. If we were going to do it, it was going to be done in our own home.

Based on my existing knowledge and my research on saddle thrombus, I started him on a regimen of an insane amount of vitamins and minerals, wild salmon oil, and maybe the most important, Taurine. I also started him on Nattokinase (an enzyme extracted from fermented soybeans and shown in studies to dissolve blood clots) to help dissolve the saddle thrombus.

He was a sick little boy and Alicia and I both told him, “If you want to go, Joey, you can go.” Then I told him, “If you want to stay and fight, I will fight for you, I will fight with you.” He chose to fight. I watched this boy go from a shell of himself who wouldn’t eat or drink or even walk, to eating like a horse in just 10 days. Every day, I watched and a little more of him came back as the saddle thrombus dissolved.

I felt the warmth return to his feet and ears. I watched his ability to walk return as well as the life in his tail. On night eight, he woke us up at 5 am meowing in the living room. I thought, “OH NO!” But Alicia went to check on him and found him playing with his toy and vocalizing at it.

We’re going to schedule another appointment to have his heart checked and blood work done. But I will say this…I’ve known the power of nutrition for a long time, but this even shocked ME! The rapidness of his return is mind-blowing. I think the influx of massive amounts of nutrition is helping his entire body heal. Every day he gets better and better.

I don’t ever want my boy to experience a saddle thrombus again or any of my other cats. They all eat raw food mixed with wet food, I mistakenly thought that provided enough nutrition. I was wrong. I have since added a supplement mix to their raw food and I add extra Taurine to it as well as wild salmon oil.

I read that if Cardiomyopathy is the result of a Taurine deficiency and hasn’t progressed too far, it may reverse itself when the deficiency is corrected. Studies have found no upper tolerance level for Taurine in cats. What their bodies do not use they flush out. So I am loading them up on Taurine as Taurine is crucial for their heart health. They can not manufacture Taurine on their own, much like humans can not manufacture Vitamin C. They HAVE to get it from an outside source.

So, if you have cats, know that Cardiomyopathy and the saddle thrombus that result from it are a major issue for them! Even young cats suffer from these blood clots. What I have learned about this is horrifying! Cats as young as six months old are getting heart disease and suffering from debilitating saddle thrombus. Many cats suffer paralysis in their hind legs and severe pain as a result. Joey was really lucky in that way, perhaps because he was on a good diet.

From now on, my cats get extra Taurine, and a good vitamin and mineral supplement! An ounce of prevention is still worth a pound of cure! With any luck, no more episodes with saddle thrombus or cardiomyopathy.

Joey continues to be in good health. He is a very active 17-year-old boy cat. The only difference is that he is way more attached to me now than he ever was before he threw a saddle thrombus. Looking back, this episode occurred after I had been out of town for seven days. My gut tells me he wasn’t eating enough and certainly wasn’t getting enough taurine. He is a really interesting eater. He likes to stalk his food, the only problem is, I have two other cats who scarf it down while he is busy stalking. I think they stole a few too many meals from him.

Want to read another not-so-fun story about my little Joey? Go here now!

If you have a pet that needs a pet ultrasound in south Florida, Go here now! 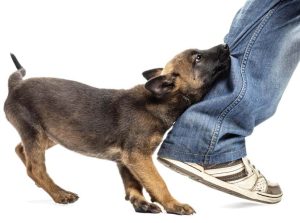 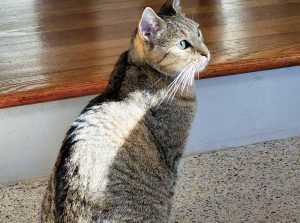 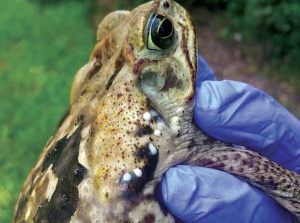